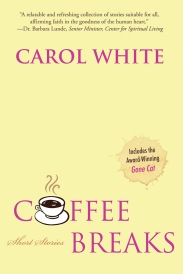 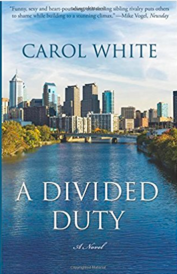 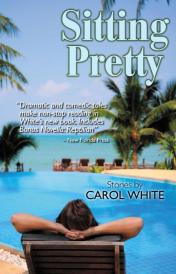 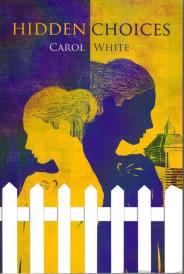 Carol’s novel, A Divided Duty, was listed in the “Must Read” column of the November/December Southern Writers Magazine. 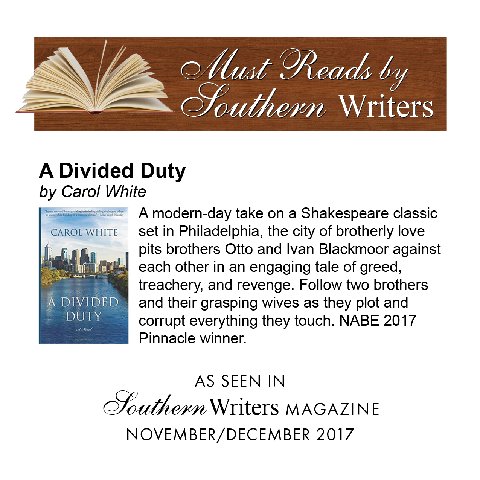 Two of Carol’s books were recently added to the Boston Public Library’s permanent collection. “Sitting Pretty” and “From One Place to Another.”

Carol White at the July 19, 2014 Book Signing at Murder on the Beach Bookstore in downtown Delray Beach for “Sitting Pretty” – a double-award winning book of twenty short stories plus a bonus novella. 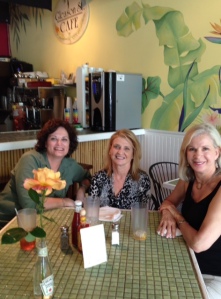 This is my process when writing a book of short stories. Each story has its own card with names, locale, professions, etc. I find  it’s the easiest way to keep everything in order. My book in progress has a working title of “Coffee Breaks” and will include fourteen short stories. As you can see, I’ve laid this out at a table in my local Dunkin Donuts shop!

At the Florida Parkland Library Author Showcase on November 15, 2014,  Carol speaks about her three novels. 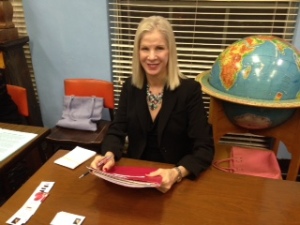 Carol discusses her novels at the Lake Worth, Florida Library on November 5, 2014.

On November 12, 2014, Carol was invited to speak at the Hagen Ranch Library in Delray Beach. With almost eighty attendees, it was a great day for sales.

With Michele Andrews (L) Program Director at the Parkland Library where Carol participated in their Author’s Showcase on November 15, 2014.

As part of the National League of American Pen Woman’s Letters Program, Carol discussed her books at the Hagen Ranch Library in Delray Beach on May 7, 2015.

Carol discussed “Sitting Pretty” and “From One Place to Another” at the Park Summit Residence in Coral Springs on May 11, 2015. 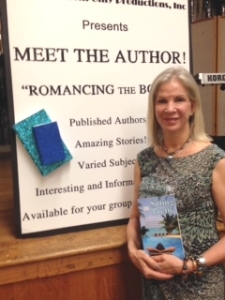 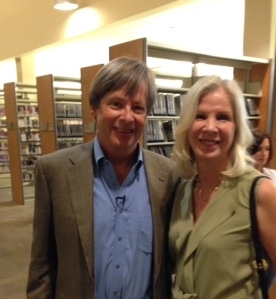 The Women’s National Book Association www.wnba-books.com has created a branch in South Florida, based in the Boca Raton/Delray Beach/Boynton Beach area. Carol was elected to serve as Vice-President of the branch. Meetings will be held at Murder on the Beach Bookstore in Delray Beach. http://murderonthebeach.com/   (photo – wnba meeting)

Carol will be discussing her books at Glen Eagles Country Club, Delray Beach, for their Literary Luncheon on January 26 at 11:30 a.m.